In addition to the Exhibition that the Trust took to cities throughout the United Kingdom (see ‘Travelling Exhibition’), the Trust has promoted a number of concerts, lectures and other activities and, in addition to sundry articles, has published 3 books.

The Trust has promoted fundraising concerts given by British and German artists in both the United Kingdom and Germany, involving reciprocal orchestra/choir visits.

Other Events and Activities

In 1997 with Munich’s Frauenkirche Friendship Group, the Trust organised a cycle marathon from Newcastle to Dresden (via York, Oxford, Cambridge, Hamburg, Torgau etc). In 2005 a festive programme was arranged for Dresden visitors to mark the occasion of the opening of a new British German Friendship Garden by HRH the Duke of Kent and Bishop of Lichfield. In 2007 and 2008 the Trust financed the attendance at the Youthbridge_Workshop_and_Bachfest_Report of groups of young people from several Dresden schools. In October 2008 the Trust took part in the dedication of Chichester’s Bishop Bell House, in which it sponsored the refurbishment of a special Dresden Room.

In 2008 the Trust took the first step towards promoting a link between the Yehudi Menuhin Music School in Stoke D’Abernon and Dresden’s Carl Maria von Weber School.

In addition to helping with the rebuilding of Dresden’s Frauenkirche, the Trust has made symbolic contributions to the building of the new Synagogue in Dresden and to memorials in two other grievously bombed German cities – Hamburg and Pforzheim. 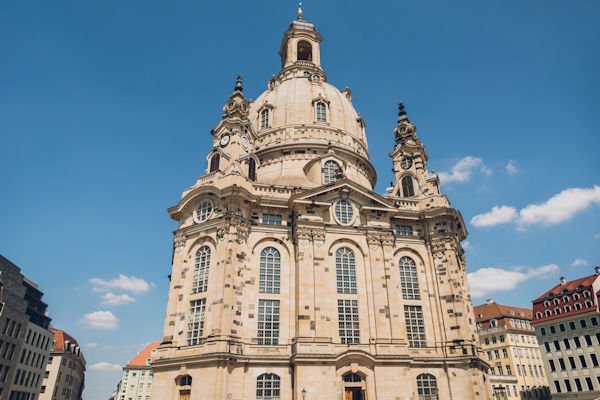