Flying out to Dresden together, Amelie and I discussed our expectations for the trip with both excitement and apprehension. Having had several FaceTimes with my host family in the weeks prior to my arrival, I already knew how well I would get on with my delightful host-sister, Franziska, who was just one year my junior and had similar interests to me: playing sport, baking and seeing friends!

On our arrival, we had to take COVID-19 tests and they were thankfully returned a few days later as negative. With the restrictions being as they were, we were of course very aware of the issues which could arise and the rules in place. In St Benno Gymnasium, we wore masks everywhere except when seated in class or eating, and sanitised frequently. Despite this, during the first week of school, the head of sixth form announced that there was a case in the “11. Klassenstufe” and so Franzi and the rest of her year had to go into quarantine for 14 days. Luckily for me, I had been in the 20% of the year group who had had no contact with the boy and was able to move into the year above, thanks to the terrific help of my host parents and Frau Fassbender (the teacher in charge of exchange students). Although this at first added a level uncertainty to my stay, Franzi kindly continued to arrange exciting plans for me with her friends and I soon made my own too. Meanwhile, she baked something new everyday and took her skills from amateur to professional…

The school itself had a welcoming and relaxed environment, and was not entirely dissimilar to my school in Wales. A stark contrast, however, was how international it was; this could be a reason for its friendly environment, because there was an ongoing stream of guest students and exchanges. This made the other scholars and I feel much less ‘alien’ as the students and teachers were accustomed to it. Another difference I noticed, which I loved, was that everyone had to do ten subjects (instead of three) for their A-level equivalent, with emphasis on two – rather similar to the International Baccalaureate. What was especially interesting to me about this opportunity was being able to see how the German education system compared to the British. We started much earlier and usually finished by lunchtime, meaning that we had far more time to see friends, go to clubs and eat Döners. In addition, the fact that there were so many schools in the city meant that the school you attended had far less bearing over who your friends were. Where I live, almost all of my closest friends are at my school, whereas in Franzi’s friendship group of 7, every person goes to a different school!

Learning every lesson in German was, at first, quite a shock to the system. I was suddenly confronted with topics like “Vererbungsvorgänge beim Mensch” [“hereditary processes in humans”] and “der erweiterte Wirtschaftskreislauf” [“extended economic cycle”] which I cannot even discuss in my mother tongue, let alone in a foreign language! Funnily enough, the Y12 syllabus had not yet covered areas so essential for conversational German as these. Within just a few days however, I realised that instead of trying to understand every individual word, I should aim to get the general gist of the sentence and piece together the new vocabulary. This was a very successful technique and helped tune my ears into German grammar. When watching films, I would sometimes forget that it was even in German. It was then the most peculiar sensation when I picked up the phone to speak to friends or family and had to swap back into English – I just wanted to carry on in German! Hearing my (hilarious) friend Marie indignantly yell “Sie kann Deutsch!” [“She can speak German!”] always brought a smile to my face whenever anyone tried speaking to me in English.

Having grown up in a small rural Welsh town, I was amazed by the ease at which I could just hop on the Straßenbahn, and the world was my oyster. In a city so rich in music, art, history and cuisine, one would find it difficult to get bored. From eating Flammkuchen in the Großer Garten, to watching a Beethoven string quartet for just €9 in the Kulturpalast, Dresden held a huge variety of possibilities. A particular highlight of mine was watching Tchaikovsky’s ‘Eugene Onegin’ in the Semperoper, especially since it was the musical element of Dresden that drew me to apply for the scholarship: the grandeur of the building along with its intricate interiors left me speechless. Architecturally, I have never visited a city quite so diverse. The Frauenkirche stands out as particularly unique, proudly towering over the Altstadt and spotted with dark bricks, weathered and burnt from the British bombing in 1945. In my final week in Dresden, I was lucky enough to be taken on a tour of this landmark and admire the view (as pictured below, with the other two scholars). When gadding around the Neustadt, I came across the ‘Kunsthof Passage’ which envelops a plethora of colours and contrasts hugely with the older masterpieces of the Altstadt. The beauties surrounding the city are sights to behold too, whether it be hiking in the Sächsische Schweiz, cycling along the Elbe or swimming in the lake in Otterndorf-Okrilla.

Aside from my linguistic development and cultural understanding, the main joy of this life-changing trip for me was the friendships I made there. In just two days, I had already found my “tribe”, and we felt we had known each other for years. I was amazed by how easy it was to get on so well with someone despite having a slight language-barrier. Whether it was riding motorbikes, playing “Bierball”, eating homemade sushi or attending the Dresden FilmFest, the fun we had was unmatched and I honestly have made memories for life. I am already planning my return trip for December!

I can neither thank the Dresden Trust enough for this magnificent experience, nor recommend this opportunity more highly to anyone interested in applying. I have never felt more inspired to study German at university than now. 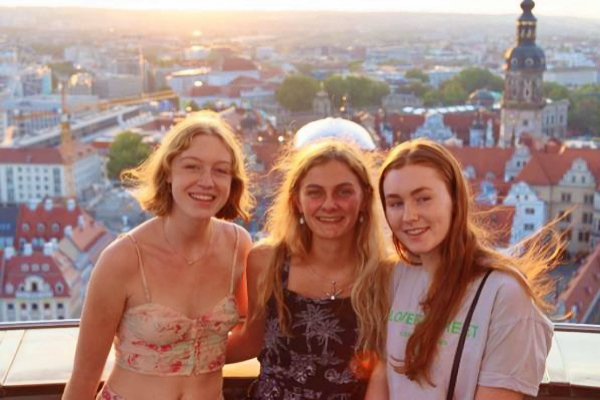 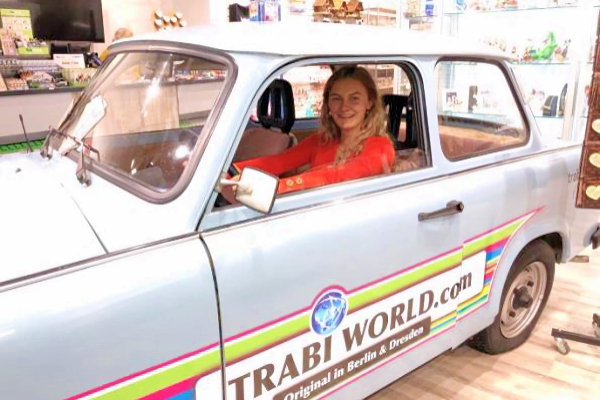 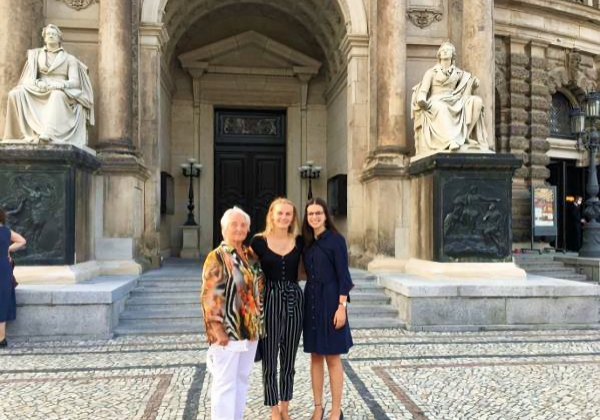