On the night of Feb 13th 1945, in the final weeks of WW2, the baroque city of Dresden was destroyed. Incendiary explosives dropped by 796 RAF bombers created an inferno that rose a mile into the freezing sky. 25,000 people were killed in the firestorm. The city that we see today is a revenant.Yet even amid the horror of that carnage – as conveyed so movingly by the Jewish academic Victor Klemperer, and later by former Prisoner of War Kurt Vonnegut in Slaughterhouse 5 – there was also extraordinary resilience. And across the years and decades, through the efforts and struggles to rebuild and recreate the city, Dresden has acquired talismanic prominence: a living memorial to the obscenity of total war.Here, in these extraordinary streets, architecture, art and music intertwine, as they have done since the 18th century (this, after all, has been the city of Caspar David Friedrich, Richard Wagner and Otto Dix). Yet this rich aesthetic landscape also raises fascinating questions about history’s claim upon us all, and about our responsibility to face that darkness.

Sinclair McKays most recent book on Berlin Berlin: Life and Loss in the City that Shaped the Century by Sinclair McKay, Viking, 437pp; £20has  received excellent reviews :

BOOK OF THE WEEK

From the Great War to the Great Wall, Berlin has survived it all. David Aaronovitch on a triumph of urban bloody-mindedness

The motivation for writing this book, its author suggests, is this: a Berliner born at the beginning of the 20th century and who survived into her nineties would have become an adult as the defeat in the Great War precipitated revolution and counter-revolution, in her twenties as the Weimar era of cultural experimentation and popular culture took off, her thirties when the Reichstag burnt and Hitler’s dictatorship was established, her forties as her city was all but destroyed, her fifties when her country was divided, her sixties when a physical barrier was set up across the city and pressing 90 when that wall fell and Germany was reunited. And every one of these eras and events has left some kind of mark on the physical geography of the city and the psyches of its inhabitants.

Everyone — except that young chap on Clarkson’s Farm who once went to London, but stayed on the coach — has their favourite city. I’d list mine as New York for its pizzazz, Mumbai for its astonishing colours and smells, and Rome for its unmatched availability of classical and Renaissance history and art. But at the top I’d put Berlin, without quite being able to explain why. Now I have a better idea.

From its early pages it feels as though Sinclair McKay was born to write this book. Previously, he had laboured hard in the lucrative “Britain at war” publishing mines writing several books about Bletchley Park (and so perhaps explaining why the publishing director for Viking describes Berlin as “a perfect Father’s Day gift”, which it isn’t of course, any more than it’s a perfect Mother’s Day or anybody else’s day gift). Yet this one reads from the beginning as the work of someone who has been romanced and badly needs to communicate the nature of his love to his readers.

In essence it is a story of pain and loss, often redeemed by resilience and bloody-mindedness. You need to know this because a quick look at the chapter heads (The dwellers in the dark; The sacrificial children; The revolutionary agony etc) would seem to suggest a mere repetition of awfulness and that is definitely not McKay’s intention.

The disaster/resilience dichotomy is clear from the beginning, in 1918, as red revolutionaries and right-wing Freikorps have shooting battles in the streets but blocks away the jewellers remain open and customers drink coffee in the teegarten. In the 1920s, hyper-inflation strikes, workers in their crumbling tenements face starvation and progressive politicians are assassinated. Yet Bauhaus produces wonderful designs, the city is full of illumination, cinemas are full to bursting and music and sex are everywhere. A very German nudity decorates the cabarets and the summer lakesides.

Then comes Hitler. The intellectuals and the scientists leave. “Good news about Einstein,” one Nazi newspaper proclaims. “He’s not coming back.” A young Jewish screenwriter who comes to be called Billy Wilder makes for the US. Berlin knuckles under, but never quite completely.

By the spring of 1945 the city is destroyed by bombs and shells, its occupants forced into a basement existence, coming out to find food or water, their teenagers conscripted into Hitler’s last stand. Then, when he is ash and bone outside the bunker, women face the campaign of mass rape by Soviet soldiers, partly in revenge for the horrific crimes of the Nazis in the lands to their east. This is followed by hunger. In June 1945, McKay writes, “the food allowance for each citizen was 1,100 calories a day”. By comparison, the NHS recommends that our intake should be more than 2,000 calories a day. “The daily allowance was 200 grammes of bread, 400 grammes of potatoes and 40 grammes of meat.”

The succeeding chapters dealing with post-war Berlin are the most interesting, not least because they explain to Berlinophiles why we see what we see today — the residues of the relatively recent past, from the stretch of Cold War wall along the Spree to the remade Unter den Linden and the East German TV tower, at 1,200ft almost twice the height of the BT Tower in London.

Postwar Berliners were hungry, exhausted and aware of being hated, but, McKay says, Berliners partly dealt with their physical and psychological situation through a medium the city had pioneered — film. “An entirely new film genre, the Trümmerfilm (rubble film) came into being,” he writes; it consisted of movies shot against the backdrop of the ruined city. “The careful aesthetics of black and white cinematography,” he suggests, “made what was intolerable in reality somehow bearable to watch when projected through silvery darkness on to large screens.” And, he adds, “the shadows on the ruins so starkly depicted in monochrome could be understood as metaphors for the shadows of their own natures”.

One of the film-makers was Wilder, who had returned with the US army to help with the moral reconstruction of Germany via celluloid. The Americans turned out to be very good at this, but there’s a bizarre story that sheds a very unpleasant light on British sensibilities. Seeking to share the best of British culture with the Berliners, J Arthur Rank shipped over a number of recent movies at the behest of the government, one of which caused riots to take place outside the Berlin cinema where it was being shown.

The offending movie was David Lean’s 1948 version of Oliver Twist. The film featured Alec Guinness as the villainous Fagin, equipped with a huge false nose, thickened lips and an exaggerated “Jewish” accent. Between them, McKay writes, “Lean and Guinness had created an almost medieval Jewish stereotype. From the perspective of those protesting, there was little difference between this and the notorious Nazi Werner Krauss vehicle Jud Süss.” The reaction came as no surprise in the US sector; the film had been withheld from American cinemas because of these very concerns. Between Dickens and Lean, Life magazine declared , “history had interposed the ghosts of six million murdered Jews and the spectre of genocide”. The film was withdrawn days later.

Outside the cinemas the people were busy reconstructing. “Tuberculosis was rife. Yet even in the midst of that, the vast shopping strip of the Kurfürstendamm was beginning to stir,” McKay writes, and “cadaverous looking middle managers were commuting through the wrecked centre in shirts and ties.” By the summer the U-Bahn was rumbling under Berliners’ feet and the S-Bahn running over their heads.

Still, the division of the city into occupation zones was beginning to shape two Berlins. “By 1948,” McKay observes, “Berlin was a city in a quantum state, with different realities being lived within its borders simultaneously.” It couldn’t last. The erection of the wall in 1961 came as the culmination of a series of disputes between East and West, mostly occasioned by the problems of the former compared with the dynamism of the latter.

Many defied the new imposition. “Under the shades of humid amethyst summer nights,” McKay tells us, “East Berliners found mazy routes through ‘ruins’ and ‘gardens’ and ‘backyards’. Others slipped into the black, oily waters of the Spree, possessions tied to them, and swam across the divide.”

The division created its separate architectures and spaces on both sides, and its fall in 1989 preceded a pent-up building boom on an extraordinary scale. And a culture boom. “The artists, musicians and assorted bohemians, in their repurposed realms of cavernous factory halls and disused rail depots, had the same transgressive instincts as George Grosz and the Bauhaus students,” McKay happily informs us, before asking, “Has Berlin always favoured the young?”

West Germans look over the Berlin Wall into the eastern sector of the city, c 1970

I loved this book. McKay’s writing is vivid and sometimes even beautiful. Although he is helped by his access to contemporary records or first-hand recollections, his own observations and summaries seem always apposite and wise. The sense of the city and its people is conveyed. To anyone who knows Berlin a little and is fascinated by it, but would like to understand it better, this is a wonderful aid.

And its ending is appropriate and uplifting. “In essence,” concludes the author, “Berlin was never really Hitler’s city. Nor was it ever Stalin’s. However hard they sought to impress their version of history on its people and streets, either with garlands of swastikas or with the grim ideology of uniformity, the city remained stubbornly immutable at its heart.” And, I’m happy to believe, it does still.Berlin:
Berlin: Life and Loss in the City that Shaped the Century by Sinclair McKay, Viking, 437pp; £20 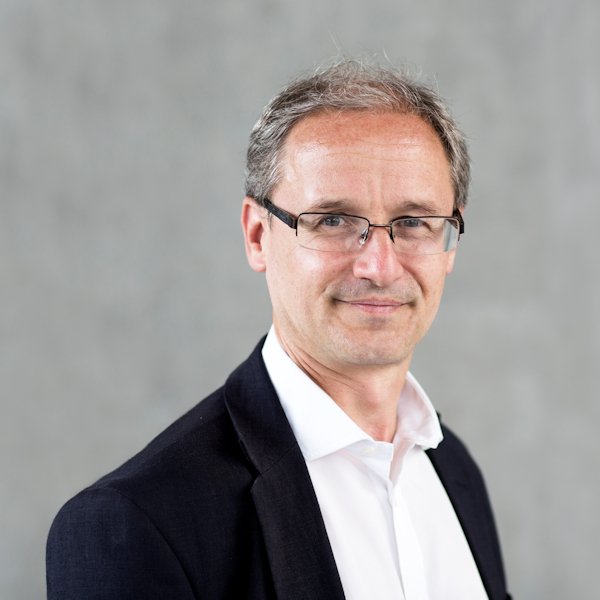