Coventry’s own Peace Poet, Antony Owen, born and raised in the city, reads from his new book of poems. Antony continues the English tradition of “War Poets” and advocates peace and reconciliation as a “Peace Poet”. The twinning between Coventry and Dresden is dedicated to this concern. Ruthlessly and compassionately, Antony describes the sufferings of ordinary people in wars and conflicts. A selection of his poems with German translations has recently been published under the title “Phoenix”, a book which is the result of a commitment to twinning with the translations having been made through a collaboration between people from Dresden and Coventry who have an interest in literature. Some members of the Coventry Association for International Friendship (CAIF) and the Coventry German Circle have taken part in this project which has been led by, Rainer Barczaitis, of the Deutsch-Britische Gesellschaft (DBG) in Dresden.

There will be no ticket required for entry to this event in Coventry Cathedral.

Loving the Enemy tells the compelling true story of Fred Clayton, a grammar schoolboy from Liverpool, and brilliant Cambridge scholar, who leaves the comfort of the halls of Cambridge at the beginning of the Nazi era and makes a troubled journey to discover first-hand what life must be like to live under the despotic regime. Arriving in Dresden, he develops a friendship with a German family that will change his life.Through the course of the next decade, with his and their nations at war, Fred will not forget the connections that have been made and refuses to allow hate to win.
After the war, Dresden in ruins, reflecting his own state of mind, Fred writes to the same German family and a correspondence begins with the youngest daughter, Rike, which brings healing, love and redemption.
This evening, author Andy March, grandson of Fred and Rike, will read passages from Loving the Enemy, and share how the memoir came to be written. Andy is a Vicar who travelled as part of a group from Coventry to Dresden, Germany in February 2015 to join in the commemorations marking 70 year since that city was bombed and stand with our former enemies, now friends, to declare that love must overcome hate. It was a visit that left an indelible mark on Andy and provided the catalyst for the creation of Loving the Enemy.

In addition to the reading, professional musician, Richard Jeffcoat, will provide musical interludes on the piano.

Refreshments will be provided (included in the cost of the ticket) and there will be the opportunity to buy copies of Loving the Enemy. 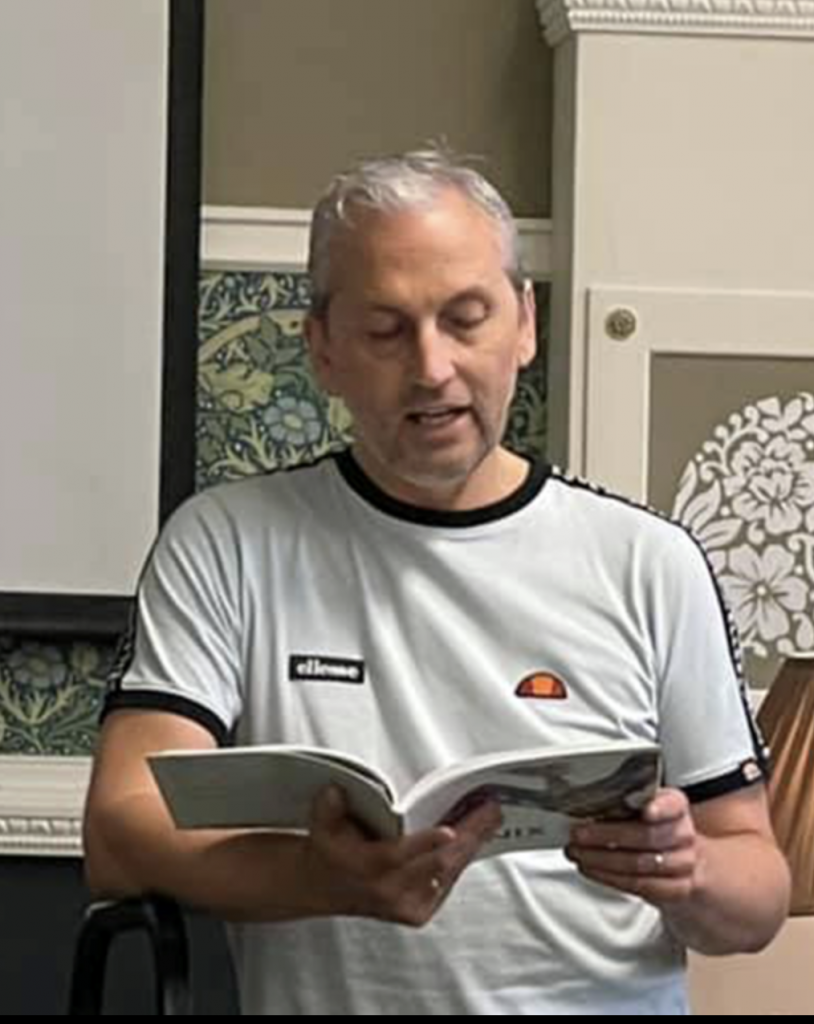