On 1 October, the German Ambassador to the United Kingdom, Andreas Michaelis, presented the Bishop of Coventry, The Rt Revd Dr Christopher Cocksworth, with the Commander’s Cross of the Order of Merit of the Federal Republic of Germany, conferred upon him by Federal President Frank-Walter Steinmeier.
Bishop Christopher is a longstanding Patron and supporter of The Dresden Trust.

“You are an outstanding bridge-builder, an ardent champion of reconciliation and peace, and a staunch and inspirational campaigner against prejudice and injustice.You have nurtured the spiritual legacy of reconciliation through your very close ties with Germany as well as your inspiring dedication to Coventry’s twinnings with Kiel and Dresden and to the Community of the Cross of Nails.”

This accolade represents one of the highest distinctions the Federal Republic of Germany can confer upon individuals. 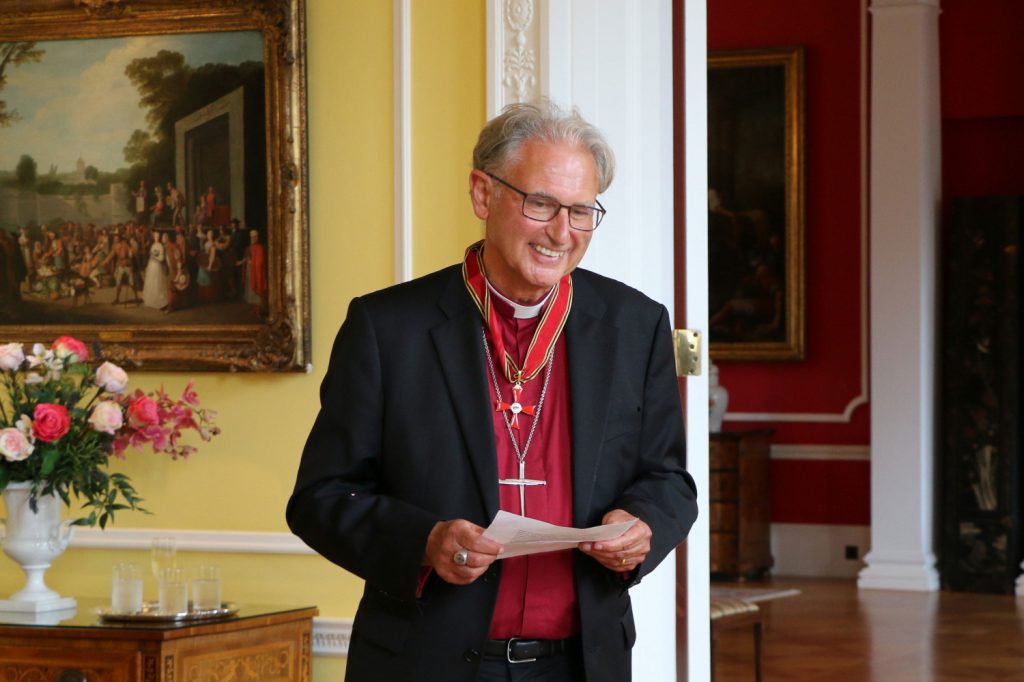