Dread versus Hope On Michael Göring’s Dresden. Novel of a Family by Rüdiger Görner

On Michael Göring’s Dresden. Novel of a Family

Rifts, divisions, antagonisms are global phenomena, national traumata, and individual burdens – often too difficult to bear. But historically conditioned, politically enforced and ideologically ‘legitimized’ partitions find their emblematic expression to the very day in the former reality and present legacy of the German-German border and the Berlin Wall, notwithstanding painful partitions in other parts of the world.

Separations of this kind are man-made and can only be overcome by the will of the people, and the will of this kind roots in the individual, his or her family and friends; their attitude and determination to change ‘things’. In Michael Göring’s most recent novel these phenomena are centered on Dresden between 1975 and 1989 and the Gersberger family. Göring is a fine stylist and knows a great deal about ‘narrative economy’ that is to say his way of telling a story is effective and benefits from his sense of structure and careful choice of words. Verbosity is not his problem meaning that he allows his narrator to concentrate on the real problems of his characters and the depiction of the tension between dread and hope in their daily life in Dresden under Honecker; and they are plentiful, as intriguing as they are alluring. The reader feels engaged from the first to the last page and follows time switches, flashbacks, personal drama triggered by political events. The Gersbergers of Dresden’s Fetscherplatz become, almost by default, a hotbed of change and a nutshell of history. And there is Fabian and his friend, persistent and loyal visitors from the Cologne, whose sheer presence in Dresden with the Gersbergers (father a scientist, mother a cautious figure with considerable presence though, Anne, the attractive daughter, with whom Fabian falls in love, and her rebel brother Kai, who makes several attempts to get into the West, finally successful via Prague; and there is Thorsten, a GDR loyalist, and Anne’s soon-to-be husband with their musically gifted son Leo, who regards Fabian as his quasi-uncle from ‘the promised land’ and is himself on course of becoming an opera singer. As it happens, Fabian turns out to be Leo’s real father. But this will be kept as a ‘family secret’ carried beyond the fall of the Berlin Wall and the end of the novel.

If I were asked to mention but one quality of this novel, I would say: touching subtlety, rare enough in contemporary fiction – subtlety in terms of the choice of words and the narrative psychology applied to the way in which the characters are portrayed. The ‘love story’ between Fabian and Anne, for instance, is the most discreet and yet, intensive one, I have come across for some time. This novel is – given the subject matter – unmistakably ‘German’ but with a much wider, genuinely human appeal. 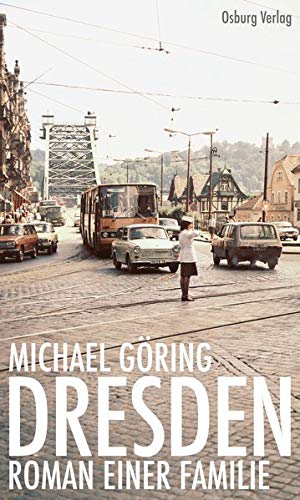