The historic Neumarkt square at the centre of Dresden now boasts a pleasant green area of trees and benches, thanks to financial sponsorship by The Dresden Trust.

For a quarter of a century The Dresden Trust in Britain has been contributing to the rebuilding of the historic centre of Dresden, which was destroyed by British-led Anglo-American bombing raids in February 1945. It raised over £1 million to help restore the Frauenkirche (Church of Our Lady), on which stands a Golden Orb and Cross crafted in London.

In 2019, The Dresden Trust was lead sponsor of a new area of plane trees and benches set opposite the Frauenkirche. It is known as the Grünes Gewandhaus, recalling the original merchants’ hall which used to stand there. It provides a shady place for rest and contemplation in one of the most beautiful locations of the city.

The area was mainly financed by the City of Dresden, but after The Dresden Trust announced it would sponsor the project, German firms and institutions contributed too.
The Green Area was opened by Dresden Mayor Dirk Hilbert and Dresden Trust Chairman Evelina Eaton in April 2019. 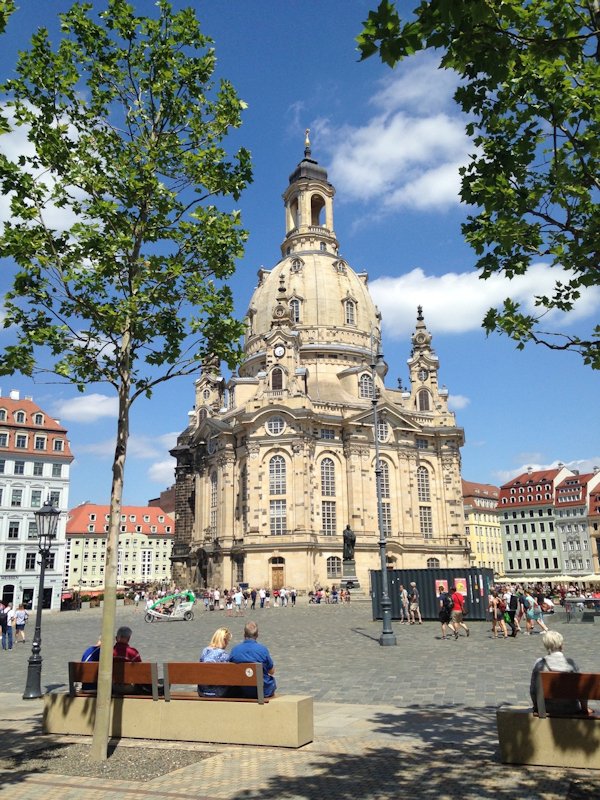 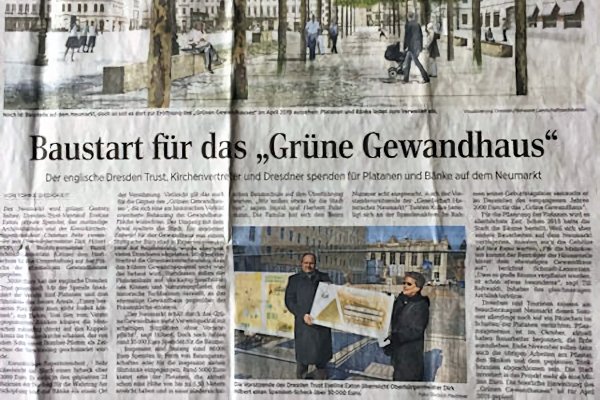 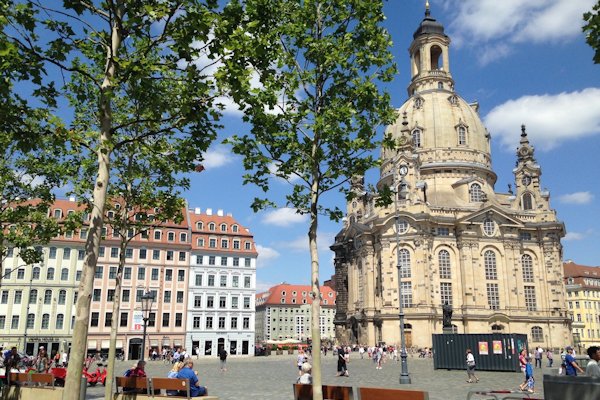